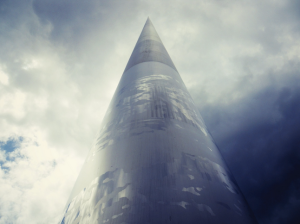 So Shane O’Leary just published this post about youth in advertising – asking why Irish adland is so afraid to let us take on leadership roles. Kudos to Shane. Have a read of it there first. (I know, I know – nobody ever comes back when you link them off into the depths of the internet but whatever).

I’ve added my own thoughts below. (Cause LinkedIn wouldn’t let me type this much text into a comment).

It seems to me the affliction of Irish ad agencies is the same ‘people, know your limits’ problem that afflicts Ireland as a whole. Two poignant examples from the web summit. First, the constant reference by speakers and politicians about making Ireland the ‘silicon valley’ of Ireland (it took an American at the main stage to ask ‘Why would you copy, when you could be better?‘. Secondly the overheard Irish comments of people saying the bloody thing had got ‘too big’ for the likes of us – perhaps it needed to be moved elsewhere? This lack of self confidence and authentic national modern identity can (I think) be seen touching all aspects of the modern Irish experience – politics included.  So in the end we stand for nothing, but a vague imitation of our ‘betters’. Ireland must know her limits!

And through lack of modern identity, we end up with drivel like the Dublin Spire – a vaguely modern bleat of ‘Here we are. And sure, aren’t we modern now‘. The past at the bottom – some non-descriptive illusive celtics-swirleys, the future – a chrome vaguely phallic mass of nothingness pointing to nothing, that self-washes off anything that tries to stick to it.

What’s you point Rachel? Well, my point, I think, is that it appears post-recession Ireland doesn’t quite feel like a recovering country finding a new self confidence, but rather another layer has been added on to our already multi-layered national inferiority complex.  And naturally, that lack of self confidence, trickles down into a lack of confidence at the one place where that inferiority complex isn’t visible – in our youth. And that’s scares me. I think Shane’s point about it in the advertising industry is true… but I suspect it’s true across many other industries.

What also scares me is the lack of continued interest in learning amongst some senior planners – e.g. that they can leave digital ‘to the kids’ after the ‘real strategy’ stuff is done – via ‘media’ or ‘creative’ routes rather than finding the right content solution full stop… and going from there. Planning is the sort of business you should have (as David Ogilvy originally pointed out) an unbridled interest in everything in order to find the right solution – be it a sexy new drink or a slight change to the thickness of a car tire. It takes a certain sort of individual.

Yet it seems to me only a select few who aren’t trying to wedge their foot in the door of an agency for the first time (thus needing a point of difference from the other grads), endeavour to actually continue to learn – particularly in new areas like digital. What makes it worse is that it makes senior staff and recruiters alike, unable to even spot the gaps in their business, in terms of what they should be looking for in new hires – or to inform themselves as to which new products/resources/software to invest in. I was actually told by a well known recruitment agency that “there is no cause for a planner in digital, or for anyone with a knowledge in data analysis… maybe in one of those big industries like New York or London” and that I should probably re-skill or ship the hell out. Had I considered a job in TV sales?!

God help any graduate that finds themselves at their door.

Also, planning decisions should be made through due diligence. Granted, everyone has their preferred methodology for ‘getting under the skin’ of the consumer and brand… but ‘googlin’ it’ and reading the top 5 results does NOT a robust methodology make. So perversely, while youth and digital are shunned, the basic tools leading the very digital revolution that’s born them (and the associated web-summity-esque buzz words), serve to undermine even the traditional planning role through their adoption and vague top-line use.

All noise with no depth. 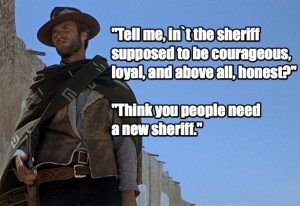 Digital is certainly the Wild West of almost all businesses now – and a lot of it is going to be learning through trial and error but agencies should endeavour to be the young hard working cow boys* leading the journey into the frontier, not the greasy snake oil salesmen. Cause in the end, whether we’re talking about the politics of an ad agency or of a whole country, I think it all comes down to a deep-seeded inferiority complex… a deep seeded fear of the unknown.

But true courage is being scared and saddlin’ up anyway.