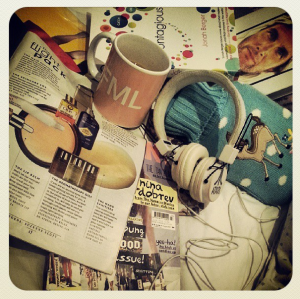 As the social and digital world connect us faster than ever, a new fashion ‘idea’ (or for that matter, any idea) can travel the whole way around the world and have been debated, shared and copied before you’ve finished your cereal and decided what to wear this morning. So, amongst all the mini-trends, where does that lead Western fashion for the next ‘big thing’?

Frow Fast Fashion for All
In one way, this is all very exciting – more people from more places, communities and cultures have a much greater chance to influence the latest ‘big’ ideas and trends. And it’s leading to not only more choice, but is to a sort of ‘democratisation’ of fashion and popular culture. A world where the blogger street style outside the latest couture show (and a whole world away from the front row), is becoming just as interesting and relevant to many spectators as the shows themselves, or for that matter, the fashion powerhouses that run them. The same tumblr-tastic-twitterati have also forced these keepers of couture to give us all the frow (erm, ‘front row’) seats to their latest catwalk collections (all be it digitally). So (at least when we talk about fashion for the sake of art) even if we can’t afford their latest creation, we can still take in the enjoyment of a thing without actually having to own it. Like a sort of ‘consumerism for Buddhists’ perhaps?!

A Renter’s Market
I’d also argue that in a generation of renters, when owning your own home slides down the priority list, so too has the urge to hoard away other stuff thanks to the world of online. Today we rent homes, holidays (like through Air BnB), music (Spotify), movies, games, desk space…hell we even ‘rent’ ourselves out more (I mean that there’s more freelancing and desk hopping, not that other thing). Today saying your dress for the latest black tie was rented, or that your shoes belong to a friend is perfectly acceptable. 2008 it would have been a source of embarrassment for many. This is changing not because (I’d argue) the ‘recession excuse’ gave us all an easy out, but because, for better or worse, our concept of ownership is changing, so I guess how we consume must too.

In fact, despite the constant faffing around about how disgustingly label loving we all are, more and more, I’m seeing the pursuit of the ‘unknown find’ or fresh idea amongst friends becoming a far more important goal than owning the classic designer bag that everyone instantly knows.

Just a different way to consume different stuff from different sources in new ways. What do I mean by this obscure statement? Well just take a look at how this all has manifested itself…

First, there was the ‘oh I just found this in a charity shop’ trend for vintage.  The charity shop searching, the weekend fairs, the late night ebay bids… But this was just a different type of consumerism, neatly disguised for recessionary times to appear less ‘vulgar’,  yet still allow us to get our fashion fix. Be honest, how many vintage dresses did you ‘invest’ in before you found one you actually wore? Vintage shopping is an expensive and time consuming habit, make no mistake!

Then, we had the hipsters (yes I’m saying had because they are so over, ad agencies please take note) with their upcycled one-upmanship and grow-it-yourself designer parsnips. I mean, seriously, do you know how much it actually costs to grow, brew and bottle your own bloody elderflower champers?!  Or, for that matter, how much it costs to make a batch of sickly sweet gold-dusted cupcakes? We are still spending, the money and how we talk about spending has just been redirected down other avenues. Perhaps that is a bad example, as the poor cupcake has long since slid down the hipster scale to the shunned label of ‘mainstream’ – which roughly translates to the same old  label of ‘now embraced by the working/lower middle classes so no longer acceptable in our circles’.

What is a really good example is actually the cupcakes temporary usurper – the cronut. Cronuts (if you don’t know) were a rather disinteresting culinary cross between a doughnut and a croissant. That’s not what was interesting about them. What was interesting about them was their trend lifespan. Originating in one small bakery in New York, the idea of the cronut was tweeted, blogged, posted and shared in multiple flattering filters millions of times months before the physical thing ever reached our humble shores. And – like most big online trends if you are hooked up to the social network of your chosen flavour – updates were about as avoidable as that football thingy on Twitter at the moment. Consequently, we actually got bored of the idea before we’d even seen the physical product. And, thus, the cronut’s time burnt out as quickly as a fire would rip through a, well, cronut factory.

This to me is a simple but very powerful representation of just how fast ideas and trends come and go today thanks to the online and mobile world.

Recently an event called Creative Fuel launched a hilarious promotional video about the dire consequences of putting fast moving technology ahead of ‘the big idea’. But while they have a serious point, I don’t think they got it 100% right. The technology is faster yes, but so to is the spreading, evolution, contagion and (sometimes) demise of the ideas they carry. Incidentally the vid itself also makes a mockery of hipsterdom (something all hipster like to do in a sort of doubly ironic way where they get one layer but don’t quite see the other).

Critical Mass-marketing
I’m not sure when we reached peak hipsterdom, but I do believe it was somewhere between when the middle classes tried to imitate working class tattoos (giving them a bit of a catch-22 when it came to the sacred anti-‘mainstream’ rules of play) and the pop-up of the 20th ‘authentic’ industrial styled pulled pork restaurant… As Pat Ingoldsby says though, we were always just the sort of place to pull down an old pub to replace it with an older one ‘and if we can’t get the cobwebs, sure we’ll spin them ourselves‘. So I guess Ireland’s embrace of all things hipster was always going to be about as warm and welcoming as though we’d personally invited it to The Gathering.

What’s Next?
So what’s next? Well fashion wise it now seems to be about all about the Normcore (see previous post) and about ‘clean lines’, ‘minimal living’, ‘conscious cuts’ and ‘design based on nature’. It is as though we are clearing out our tired and cluttered homes, wardrobes and even more cluttered minds of charity clobber, kitsch kitchenware and *shudder* bunting to get both get ‘back to basics’ and showcase our unique individual taste through choice of design led goods. In a world where an idea is easily replicated in a matter of seconds, are we finally now shunning the short term disposable good? Are will those quick fashion fixes prove to tempting not to indulge in – like fast food?

I’m in no way an immune casual observer in this, for the record. I’m not even entirely convinced if it truly is a ‘new’ idea or a re-hash(tagging) of the same behaviour – a sort of ‘hipster 2.0’. But either way, beside my wardrobe currently sits a bin liner of tea dresses and other such ‘quirky’ wear, Oxfam bound. I’m thinking, a whole lot of clean white loose cotton shirts/dresses and geometric accessories… Oh, oh and cushions! It’s amaaazing what a few new cushion covers will do to change a room eh? Erm, anyways… I’m not entirely sure if the latest trend is the fashion equivalent of a juice cleanse or more akin to fashion bulimia. I do have two theories for the super-long term, but that’s for another time.

Point is for now?

Well the rules may have changed, the pace may have quickened, the taste tribes may have broadened and the signals may seem subtler but our basic human desires to project specific images about ourselves and where we ‘belong’ in society remains the same. Point is, in a world of so much choice, maybe the fashion industry (and indeed all industries) need to stop thinking of us as ‘consumers’ and more as ‘curators’ of taste. If anything, it’s certainly how we think of ourselves and flattery, my darling, will get you everywhere.